How are you doing on this Thursday night? I am so ready for the weekend!

Anyways, the other day I realized for the first time that I never shared with everyone my undying passion for the 1980’s. I mean permed hair, acid wash jeans, neon colors, shoulder pads, exaggerated accessories. I could go on forever. I wan to share a little of my favorite things though.

I think the style of the 80’s is best summed up by skwirk.com:

Fashion in the 1980s was bold and glitzy. It rejected the non-materialist `hippie’ values that had inspired fashion in the 1970s. Earning big money and spending it conspicuously, was the focus of the decade. Some people chose to wear fashion that promoted materialist values and flaunted their newly-acquired wealth and social status.

Other fashion styles, like punk, emerged as a reaction against both the hippie values of the past decades and the materialist values of the current decade.

I was born in 1988, so sadly I missed the fun! Haha, I still can appreciate the history of the 80’s and so can you no matter when you were born. It was a time of frivolous living, the music was crazy, fashion was out of control, and movies produced are now classics today. I would have loved being a teenager of the 80’s for sure.

Some of the best movies, in my opinion of course were created in this era. Just see what I mean…

The Breakfast Club, one of the greatest movies regarding high school cliques and fitting in.

And for t.v. shows, my favorite show of all time….

Going back to fashion though, many significant trends came out during the 1980’s, all of which were very contrasting. Which further proves the 80’s to be one of the greatest times in fashion.

Something known as power suits came out, they were expensive and professional looking. Everything was about looking like a million bucks. Here is a sample photograph from a sewing pattern. Now doesn’t she look like a breath of fresh air?

To counter act the professional look, let’s not forget about fitness awareness and the fashion that came from it. Something still VERY popular today.

You have to love their harem pants, do they look ready to party, or what. Too bad Social Surf Wear isn’t available anymore, am I right?

To everyone out there living in high waisted shorts, there you go.

I can’t go without recognizing Molly Ringwald, she is the queen of the 1980’s. Her role in Pretty in Pink, Sixteen Candles, and Breakfast Club were so great.

Here is a funny advertisement for Apple. A huge look that coincided with power suits was the prep look. Another way of looking high class and wealthy.

And as I mentioned above, punk was also really huge. Here is a crowd in front of a Virgin Music Store.

Speaking of punk, we can’t forget about the great music of the 80’s which brought amazing fashion too.

That jacket is amazing. He was a trend setter for sure.

And of course the queen of pop, the girl of controversy until the day she dies.

Don’t forget about Cyndi Lauper too.

So many wonderful styles, movies, and music came out of the 80’s. And many of the styles transcend to today.

Hope you enjoyed going back in time with me. 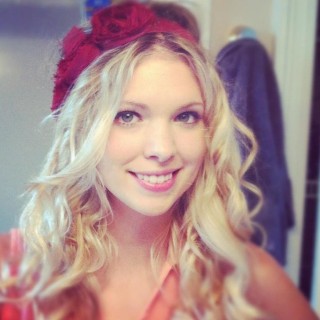 Find me on Bloglovin’